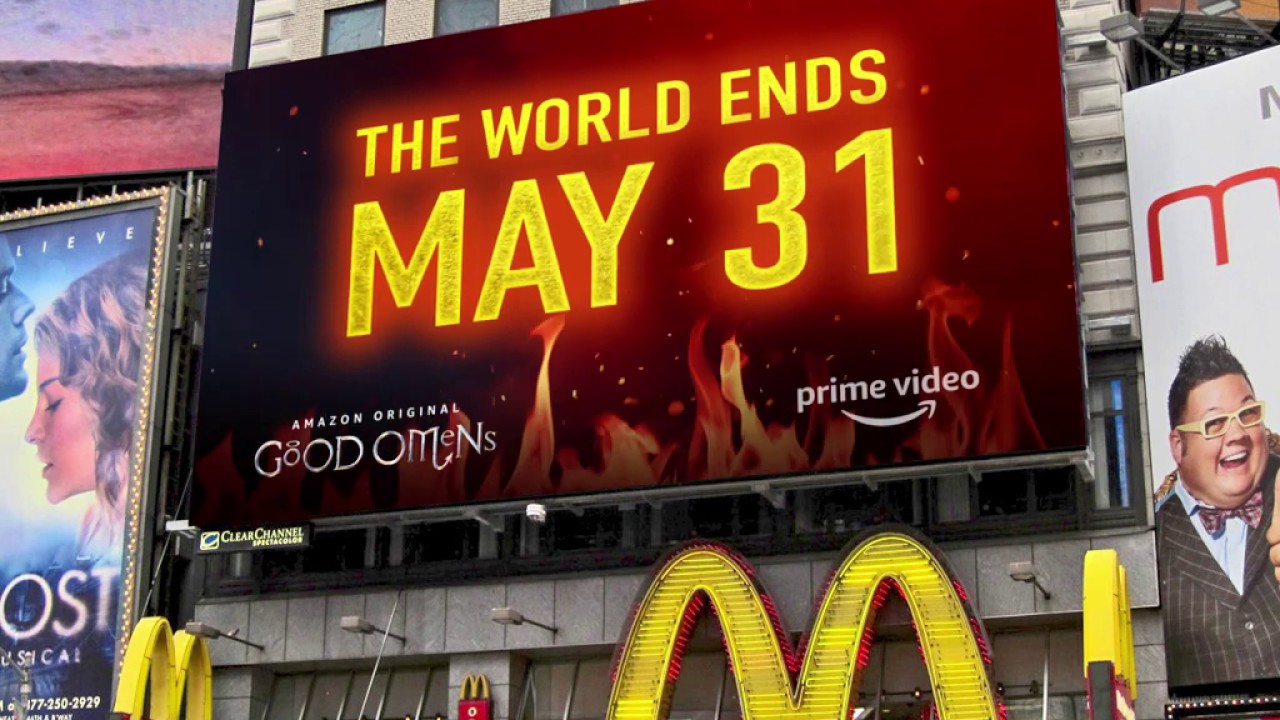 To promote Amazon Prime’s TV series ‘Good Omens’, we helped take over New York’s Times Square with an eye-catching countdown to Armageddon. This installation also incorporated a live Augmented Reality feed, placing the audience in an apocalyptic world which was being attacked by a Kraken and a UFO. 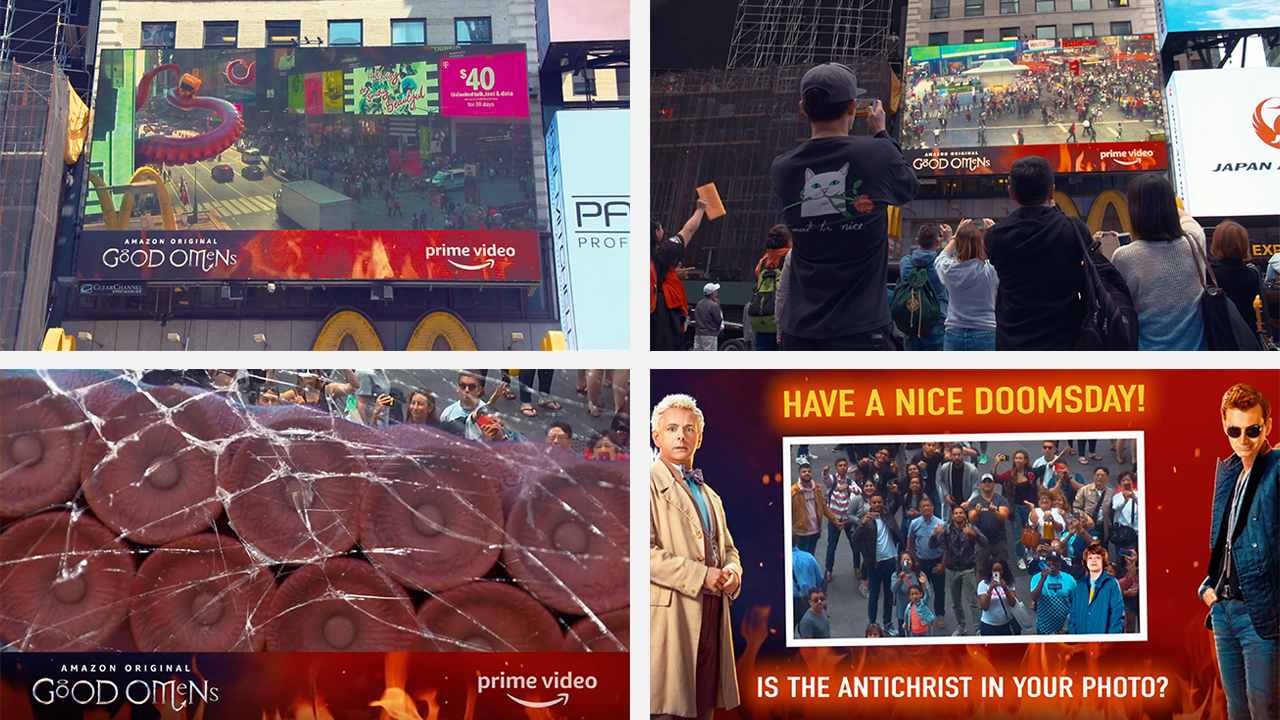 My role was to build and animate the on-screen graphics such as the flames, countdown, call to action and key messages. I also assisted in the creation and design of the user journey, as well as compositing the Augmented Reality elements into the build. During this project, I regularly liaised with Grand Visual’s developers to help design and create the dynamic countdowns that accompanied the main activation on surrounding screens. 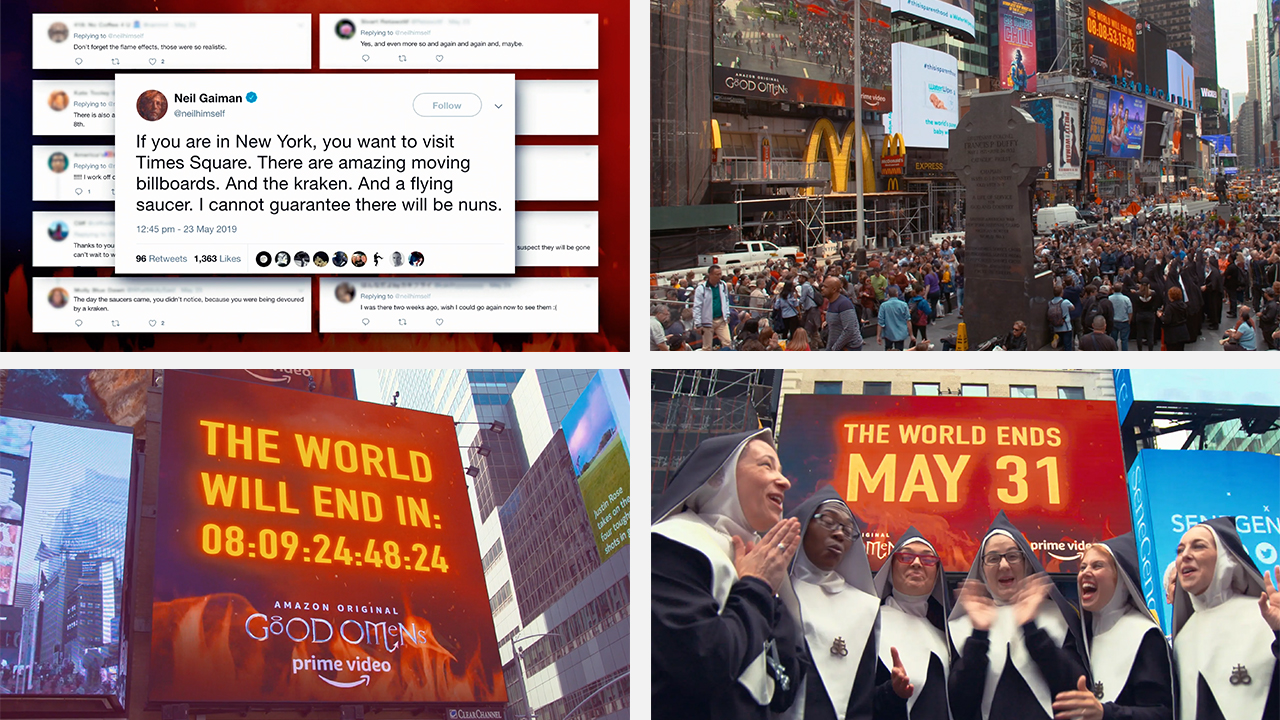 This activation provided me with the opportunity to become the on site creative in New York, overseeing testing and the creative output.
https://grandvisual.com/work/ar-times-square-amazon-good-omens/